CHO cells are the most common mammalian cell line used for mass production of therapeutic  proteins. Aber Radio Frequency Impedance (RFI) probes are commonly used to both monitor and  control these processes.

A study was carried out by Millipore (US) to assess the performance of both the multi-use annular probe and the disc style probe with flush platinum electrodes in a 3L rigid plastic bioreactor (Carvell et al., 2011). The disposable probe was connected to a light weight “Mini Remote Futura” pre-amplifier and the bio-capacitance was converted into cells/ml by using a simple linear correlation factor. The calculated cell concentrations were compared with off-line measurements from the Vi-cell (Beckman Coulter, USA).

The capacitance measurements from both probes showed a similar growth trend which correlated with the off-line measurements up to the peak cell concentration on day 6. In the death phase there was a small divergence between the on-line and off-line data. This divergence has been studied in more detail by a number of groups (Braasch et al., 2013; Lee et al., 2015) and it is indicated that the differences during the death phase can relate to changes in bio-volume or it can be attributed to the bio-capacitance method picking up changes at the cellular level due to apoptosis at a much earlier phase than the trypan blue method. When investigating the online capacitance and offline measurements closely, there could be a strong argument that the RFI  measurement provides a signal that is more closely related to the metabolic activity of the cells  (Braasch et al., 2013).

The Mini-Remote Futura electronics have since been branded under the Sartorius Stedim  Biotech (SSB) BioPAT ViaMass trade name. Sartorius now produces the single use (SU) biomass sensor disc under license (Figure 1), the company integrates this sensor into its SU Flexsafe bioreactors and markets these products in a dual-branding arrangement with Aber Instruments.

Additionally, the wet cell weight is plotted with the data relating to cell viability (from the  Cedex). Observing the results shown in figure 2, the first 8 days which represent the exponential phase of growth, excellent correlation was observed between the capacitance signal of the online biomass measurement and the viable cell density, the viable cell volume and wet cell weight. After this phase, the cell diameter begins to increase rapidly and the viability drops. The deviation between capacitance and cell density increases with increasing cell diameter however,  the calculated viable cell volume and capacitance correlate well up to the end of the cultivation.  It is evident that the online measurement of the biomass (as a percentage of the volume) shows every small effect of biomass change during the cultivation process, eg: each dilution due to additional feed medium and growth rate changes in the stationary and dying phase of the process.

The final example in this section shows how two different designs of a RFI probe perform  when used to measure a batch cell culture. Figure 3 shows a comparison study between  the 12 mm Annular probe and the 7.5 mm Pico for measuring a CHO cell culture process. Both  probes were placed in a Dasgip (Eppendorf, Germany) benchtop bioreactor. The performance  of both probes was highly comparable and the cell concentration trends followed each other  throughout the growth curve. In addition, both probes correlated well with offline viable cell  density measurement. The performance of the small Pico probe is particularly important if  small bioreactors are being used in scale up studies and it is important to have the same pF/ cell biovolume for an individual scale for the small design compared with the probe designs  used in production cGMP vessels. Not only can the capacitance probes be used to measure cell  concentration in different scale up platforms, but the capacitance trends obtained can be used  to determine the success of a scale up process or strategy.

Summary of the benefits 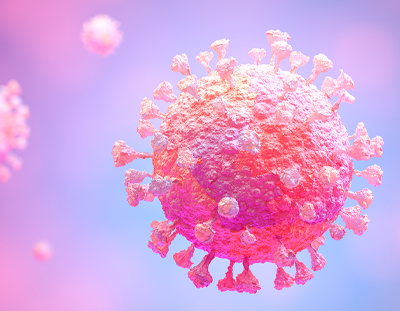 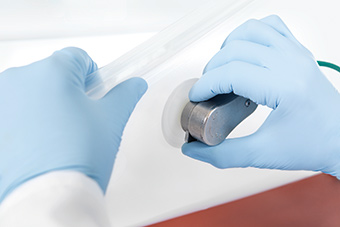 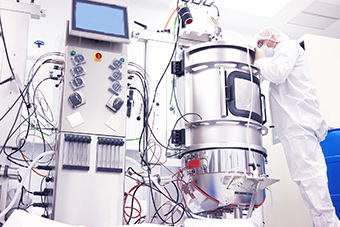